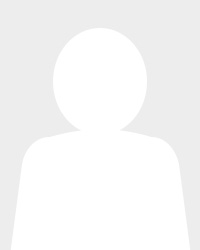 I have two main research goals. My first goal is to understand the neural mechanisms that underlie hearing. I work primarily with the inferior colliculus, the midbrain nucleus that forms the “hub” of the central auditory pathway, and is thought to be where the recognition of auditory objects is initiated. We are determining the role of ion channels and local circuitry in the inferior colliculus in differentiating between simple and complex sounds. For example, sounds such as mouse pup vocalizations, which contain a restricted subset of sound frequencies, are coded by microcircuits distinct from adult vocalizations, which are more complex interplays between sound frequency and intensity. In addition to normal auditory function, I study the role of neural circuitry in early-onset hearing loss and tinnitus. Both these hearing disorders are accompanied by changes in the sound frequency profile in central auditory nuclei.

My second goal is to elucidate how activity in neural circuits contributes to neurodegenerative disorders. Using the auditory system as well as brainstem motor nuclei, I am examining how exposure to a neurodegenerative trigger progresses from an initial alteration in signaling within specific cell types to eventual changes in large scale neural circuits, leading to progressive pathology and dysfunction of the system. We have found that glial cell pathology leads to alteration in rhythmic neuronal circuits/central pattern generators, leading to loss of specific neuronal cell types that have an intrinsically low ability to buffer internal calcium. I am examining avenues for rescue of the neurodegenerative phenotype by regulating calcium signaling in specific neuronal sub-types and restoring normal rhythmic circuit activity.

We use electrophysiological techniques, including patch-clamp, sharp microelectrode and extracellular recordings, to measure neural activity in brain slices and in vivo from awake animals, and calcium- and voltage-sensitive dyes and optogenetic manipulations to record circuit behavior.