“With these two hospitals, we’re solidifying our presence in the Upper Ohio Valley by ensuring that residents on both sides of the Ohio River have convenient access to the high quality care they need when and where they need it,” Albert L. Wright, Jr., president and CEO of the WVU Health System, said. “It’s always exciting to grow a family, and the WVU Medicine family is no exception. We’re proud to welcome the patients and employees of these hospitals into the System, and we look forward to continuing and strengthening their legacies.”

In February, the WVU Health System announced that Dave Phillips, CEO of Barnesville Hospital, would also serve as CEO of Harrison Community Hospital.

“Entering into our relationship with the WVU Health System nearly two years ago was one of the best decisions we have made at Barnesville Hospital. Our patients and employees have reaped the reward of affiliating with a world-class healthcare system, and we are excited for even greater things to come in the future,” Phillips said.

“Harrison Community Hospital will no doubt see the same benefits that we’ve seen in Barnesville. The people of the Cadiz area can rest assured that their healthcare is in great hands with WVU Medicine.”

As full members of the Health System, Barnesville and Harrison Community hospitals are part of a broad, integrated network of doctors, hospitals, clinics, and specialized institutes across West Virginia, Southwestern Pennsylvania, Western Maryland, and Eastern Ohio. Today, the WVU Health System, which operates under the brand WVU Medicine, has more than 27,000 employees; more than 2,815 providers; and more than 2.5 million patient visits annually. 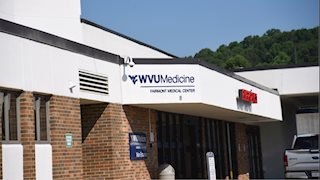 Paving behind Ruby this weekend will limit access, parking