Wallace is currently serving as the clinical administrator of the Radiology Department at WVU Medicine.

In her current role, Wallace manages 35 radiologists practicing general radiology, interventional radiology, and neuro-interventional radiology, as well as three PhD physicists, 20 residents, and two radiology fellows. Her duties encompass all aspects of physician compensation and oversight and financial management of the department budget, including the technical components of all imaging modalities, and the daily operations of the department and management of administrative staff.

In her new role, Wallace will continue her work with the Department of Radiology and will work with Ali Rezai, MD, the recently-named director of the Institute and the Neuroscience Institute team to expand the clinical, research, and academic missions of the enterprise, including neurosurgery, neurology, and behavioral medicine and psychiatry.

Previously, Wallace served as the manager of the PET/CT imaging section of Radiology and assisted in the management of imaging enrollment in clinical trial studies that were run through the Clinical Trials Research Unit at WVU.

She started in Radiology in 2002 as a PET/CT technologist, performing oncologic, cardiac, and neurologic studies. She received a bachelor’s degree from Wheeling Jesuit University in nuclear medicine technology in 2000 and an MBA from WVU in 2003. 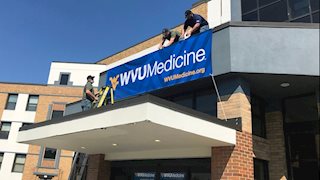