More than 330 supporters attended the 35th Spring Gala, held April 29-30 at The Greenbrier Resort in White Sulphur Springs. This year’s gala festivities celebrated the best of West Virginia, including regional cuisine by The Greenbrier chefs and an acoustic performance by country music superstar and Mountain State native Brad Paisley.

Attendees also had opportunities to learn about WVU’s work to lessen the cancer burden in West Virginia and beyond.

“The COVID-19 pandemic has had long-lasting effects on patient outcomes, largely due to later-stage cancer diagnoses, so this year’s gala was more important than ever,” Hannah Hazard-Jenkins, M.D., director of the WVU Cancer Institute, Jean and Laurence DeLynn Chair of Oncology, and associate professor of surgery at the WVU School of Medicine, said. “I’m so grateful to our gala sponsors and attendees for their incredible contributions. They are providing critical support for cancer treatments and technologies, research, educational programs, community outreach, and more to save lives and bring care closer to home for our patients.”

This year’s gala honored the Allen family with the 2022 Betty Puskar Winged Victory Award, which recognized John and Joyce Allen’s generous contributions to the WVU Cancer Institute in support of thousands of cancer patients, survivors, and families. The Allens, of Coalton, West Virginia, have established research funds and supported initiatives benefiting a variety of cancers. Joyce Allen is also a long-standing member of the Cancer Institute’s Leadership Council.

John Allen, 83, passed away April 21, one week prior to the gala festivities. He battled prostate cancer from 2004 until his death.

“I was honored to serve as the chair of the 2022 Cancer Institute Gala and want to thank everyone who contributed to making it a success,” Erickson said. “We are blessed to have a WVU Cancer Institute, and I am proud to have been a part of supporting its mission.”

All gifts are made through the WVU Foundation, the nonprofit organization that receives and administers private donations on behalf of the University. 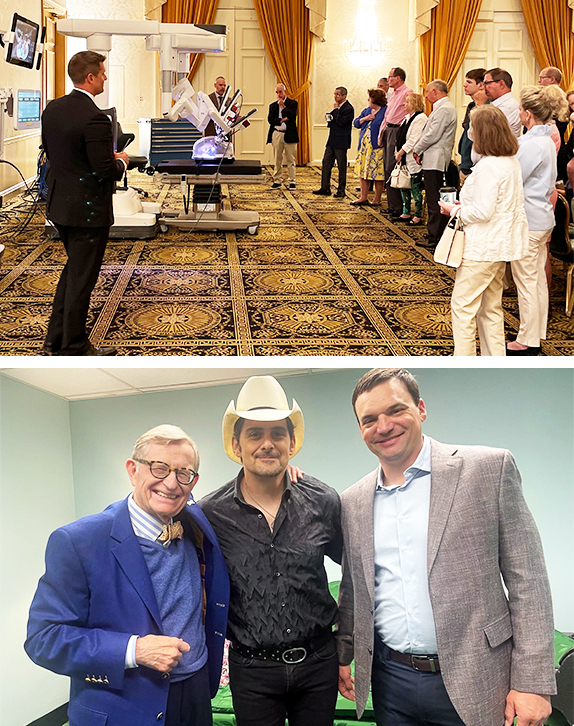 Employees encouraged to get COVID-19 booster shots, reminded to mask up in public and clinical areas