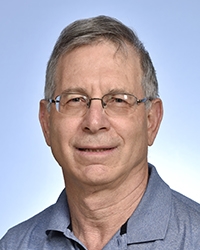 Our long-term goal is to advance our understanding of the function, structure and development of the cerebral cortex or neocortex. In mammals, the neocortex is where it all comes together: where incoming sensory information, relayed from the sensory periphery via the thalamus, is processed, where decisions about appropriate motor responses are made, and where such motor actions are planned and controlled. The neocortex is most highly evolved in humans, in whom it is the site of our highest cognitive functions such as face and object recognition, episodic memory, attention and language, and (as far as we can tell) also of more elusive functions such as creativity, rational thought, moral sense, and consciousness itself. To achieve all this, the neocortex has specialized into multiple sensory, motor and associational areas, each consisting of myriads of synaptic circuits, but all constructed out of the same basic building blocks – excitatory and inhibitory neurons. Excitatory and inhibitory neurons are not homogeneous populations – rather, each class consists of multiple subtypes with unique genetic, biochemical, morphological and electrophysiological properties. These subtypes are interconnected synaptically within and among themselves, as well as with the thalamus, according to a very specific “wiring diagram”. Our working assumption is that deciphering the wiring diagram is the key to understanding neocortical function.

We employ a three-pronged strategy aimed at gaining some insight into this complexity: we are attempting to chart the wiring diagram, to understand how it is put together during development, and to uncover how these circuits give rise to higher cortical functions. To decipher the circuitry, we are performing paired intracellular recordings in brain slices of mouse somatosensory cortex; we record from pairs of cortical neurons or from thalamus-cortex pairs, and characterize their different patterns of synaptic connectivity. To follow the circuit during early development, we culture thalamocortical brain slices taken from early postnatal or embryonic animals, and image thalamocortical axonal growth using time-lapse confocal microscopy. Lastly, to understand how this circuitry gives rise to higher cortical functions, we are beginning to record neuronal activity in awake, behaving mice. Our plan is to train mice to perform object recognition tasks, and then examine how inactivation of specific neuronal subtypes affects this behavior. These three different but complementary approaches are described in more details in the “Research Topics” section. In all three approaches we are using genetically modified animals, in which specific neuronal subtypes are induced to express fluorescent proteins or light-activated channels; we can then use light to turn on or off specific neuronal subtypes with an exquisite spatiotemporal control, a method called optogenetics.

Research Topic #1: Precise Synchrony by Mutual Inhibition
Synchronous firing is commonly observed in the brain, but both its neurobiological meaning and its underlying mechanisms remain debated. Most commonly, synchrony is attributed either to electrical coupling by gap junctions or to shared excitatory inputs. Theoretical studies suggest that inhibitory synapses can also promote synchrony; however, this has not been confirmed experimentally. In the cerebral cortex, fast-spiking (FS) inhibitory interneurons are connected to each other by chemical synapses, electrical synapses or both; somatostatin-containing (SOM) inhibitory interneurons are connected to each other electrically, but not chemically; and mixed SOM-FS pairs are connected chemically but not electrically. We found that FS-FS and SOM-FS pairs, connected by inhibitory synapses but not coupled electrically, often fired within one millisecond of each other, whether during epochs of network activity or when activated in isolation. The degree of synchrony correlated with the strength of the inhibitory connection. Importantly, synchrony was resistant to ionotropic glutamate receptors antagonists but was strongly reduced when GABAA receptors were blocked. We conclude that submillisecond coordination of firing can arise by mutual synaptic inhibition alone, with neither shared inputs nor electrical coupling. (See Hu et al. 2011; Ma et al. 2012; Agmon 2012; Hu and Agmon 2015.)

Research Topic #2: Development of Thalamocortical Axons
The mammalian neocortex receives sensory information about the animal’s immediate external and internal environment, assesses it on a moment-by-moment basis and makes decisions about the motor actions which are most likely to promote survival and reproduction. Auditory, visual and somatosensory information is relayed to the neocortex through the thalamus, each modality relayed from a dedicated thalamic nucleus to a dedicated cortical area. Correct pathfinding, target selection and synapse formation by thalamocortical axons is therefore a prerequisite for normal cortical function, and identifying the cellular and molecular determinants of these processes is of utmost basic and clinical significance. Most studies to-date tackled these questions by examining discrete developmental time points in fixed tissue. However, static “snapshots” cannot reveal the dynamics of axonal growth, pathfinding, branching, arborization and target selection, developmental processes which can only be examined in live, developing axons. In a collaboration between the Agmon and Tucker labs, we are developing a novel preparation in which growth and development of thalamocortical axons is directly observable in live tissue. Moreover, electrical activity in the presynaptic axons or their postsynaptic targets can be modulated by light, and thereby the long-debated role of electrical activity in thalamocortical development can be examined in detail.

Research Topic #3: Exploring the Neural Correlates of Object Percepts in the Mouse
The mammalian cerebral cortex has evolved to transform inputs from multiple sensory channels into integratedinternal representations of different aspects of an animal’s environment, especially those with high survival value, and to use these representations to make decisions about immediate or future motor actions. In conscious humans, these internal representations underlie object percepts such as “apple” or “grandma”. We know that such representations exist, because we can conjure them up at will as mental images, and because of agnosia symptoms displayed by people with localized brain damage; however, we still do not know how object identity is encoded in the cortex, and what neural algorithms are used to determine it. Understanding the neural computations underlying object recognition may be one of the most important - and arguably, most attainable - challenges facing systems and cognitive neuroscience today. Recent advances in methodologies for recording, imaging and manipulating neuronal activity in head-restrained, behaving mice performing behavioral tasks now offer researchers the opportunity to address these issues experimentally; however object recognition has not yet been studied using these methods. We recently received pilot funding to establish themethodology for exploring the neural correlates of object perception and recognition in the head -restrained mouse. Such methodology will open up object recognition and decision making, as well as the underlying learning and memory process, to experimental inquiry at the unprecedented level of cellular resolution now available in the mouse