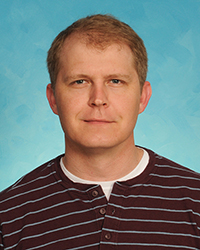 The research in my laboratory is focused on neuroimmunology. We are working to understanding the cellular and molecular mechanisms regulating inflammation in the central nervous system (CNS) and the role of inflammation in neurological diseases such as Multiple Sclerosis. We are interested in the inflammatory reaction in glial cells (astrocytes and microglia) in response to metabolic perturbations and injury; and the impact that glial cells have on other cell types present in the CNS.
The Meares lab is currently accepting students.
Research Topics