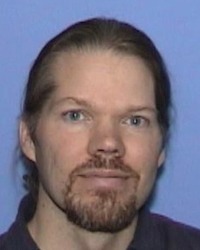 Our neuroimaging research interests include:

Our primary research projects use state-of-the-art 3 Tesla functional magnetic resonance imaging (fMRI) at the Center for Advanced Imaging at WVU. We use a full scale simulation-MRI scanner to train children to be comfortable with neuroimaging environments. Other projects, typically related to hearing perception, utilize evoked response potentials (ERPs) and basic electroencephalography (EEG) techniques.

Our research explores general principles of how the human brain processes auditory information, especially with regard to our ability to combine sound with vision and touch (“multisensory integration”).Thus, the goals of our current research, using fMRI, are threefold. First is to explore brain regions responsible for our ability to recognize and identify sounds (natural or environmental sounds, in contrast to speech sounds which tend to activate specialized language-related brain areas in humans). Second is to explore brain systems responsible for our spatial perception of sound, including localizing sounds in three-dimensional space and/or perceiving a moving sound-source. And the third is to examine where and how the information processed along the auditory pathways becomes integrated with visual and somatosensory/motor processing pathways in the brain, providing us with a unified percept of the “multisensory” objects we experience every day.

Our group investigates the general principles of how the human brain processes auditory information, including studies of multisensory perception and advancing models of cognition. We primarily use functional magnetic resonance imaging (fMRI), with the 3T scanner at the Center for Advanced Imaging (http://www.hsc.wvu.edu/cai/), but also use neurophysiological techniques such as collecting evoked response potentials (ERPs). One of our research goals is to understand how the human brain is organized to represent knowledge of sensory events, and be able to gain a sense of meaning behind what we see and hear. A global model of how “all natural sounds” are processed (by category) are depicted in the figure below from Brefczynski-Lewis & Lewis, (2017).

For instance, the rotating 3D model of the human brain (left cortical hemisphere) illustrating cortex that is more responsive to hearing and recognizing environmental sounds (Fig. 1, yellow) in contrast to hearing but not recognizing the same sounds played backwards. N=24 participants, α< 0.05). Below are some of the forward and backward-played sound pairs, which can be heard by clicking on the icons. Can you identify the backward-played sounds?

For over a century, human neuropsychological (brain lesion) studies have indicated that semantic knowledge of “living versus non-living things” are represented in distinct brain regions or networks. Our research has uniquely contributed to our understanding of these models from the perspective of hearing perception. In particular, different colored brain regions (Fig. 2) depict areas of human cerebral cortex (group-averaged data) that are preferentially activated by one category of action sound relative to each of the three other categories indicated. This included a four-fold dissociation of two sub-categories of “living” sound sources (Human versus Animal action sounds) and two sub-categories of “non-living” sound-sources (Mechanical and Environmental). These types of studies have advanced our understanding of grounded cognition models for how acoustic and object knowledge (and our ability to think about objects) are organized or mediated by the brain.

To determine more specific functions of various “activated” regions (colored areas on the brain models in Figure 3 above), one approach we use is to examine “extremes” in cortical organization for representing acoustic knowledge. For example, we found that strongly left-handed listeners more strongly activated the left hemisphere when hearing and recognizing action sounds produced by hand tools (e.g. hammering, sawing, drawing). Red depicts brain regions preferentially activated when hearing and processing hand-manipulated tool sounds, while blue depicts regions more responsive to animal vocalizations. Green shows cortex activated while participants (20 in each group) made dominant hand movements as if manipulating a variety of different tools. Note that the inferior parietal lobule (“IPL”; yellow overlap region) was strongly activated only in the hemisphere opposite the dominant hand, being very responsive when recognizing tool-related sounds.

These findings fit well with clinical studies, in that lesions to the IPL in the hemisphere opposite the dominant hand can lead to a severe disruption in one’s conceptual understanding of how to appropriately use tools or common objects (termed “ideational apraxia”). For instance, when asked to manipulate objects of common use, such patients might produce a hammering gesture with a set of keys, or attempt to use scissors to write.

We have also been able to examine how visual experience might affect brain networks that encode knowledge representations of every-day natural sounds by examining the brain of congenitally blind individuals.  For instance, we found that recognizable human action sounds (in contrast to unrecognizable, backward-played versions of those sounds) preferentially activated distinct networks in the blind versus the sighted (Fig. 4). This included the blind group activations in response to human action sounds included significantly different cortical networks