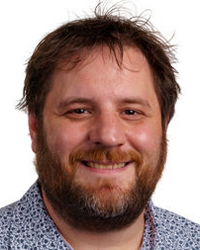 There are a large and diverse number of diseases that are commonly classified as conformational diseases. The common feature of these diseases is the rearrangement of a specific protein to a non-native conformation that promotes aggregation and deposition within tissues and/or cellular compartments. Such diseases include Alzheimer’s disease, Huntington’s disease, Parkinson’s disease, amyloidoses, the prion encephalopathies, and many more. A common structural motif in the majority of these diseases is the emergence of extended, β-sheet rich, proteinaceous fibrillar aggregates that are commonly referred to as amyloids. These fibrillar species are comprised of intertwined protofibrillar filaments, which often have globular, soluble protein aggregate precursors, more commonly referred to as oligomers. For the vast majority of these diseases, there are no widely effective preventative or therapeutic treatments. The major research goal of our laboratory is to understand the molecular mechanisms that underlie neurodegenerative disorders associated with protein misfolding and aggregation, with a focus on Alzheimer’s disease and Huntington’s disease. In particular, we are interested in the potential role cellular and subcellular surfaces may play in these events.

We utilize a broad array of research tools and biochemical methods in our studies, but our primary tool is the atomic force microscope (AFM). AFM has provided particularly useful insights related to conformational disease due to its unique ability to be operated not only in air (ex situ) but also in solution (in situ), making it possible to directly visualize the behavior of biological macromolecules at solid-liquid interfaces, under nearly physiological conditions. The ultimate objective of our amyloidogenic peptide AFM studies is to elucidate the physiochemical aspects and molecular mechanisms of pathological self-assembly of biological macromolecules that lead to toxicity.