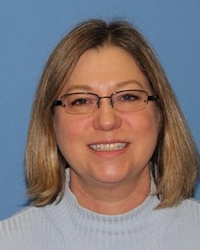 My research interests concern Behavioral Pharmacology and how drugs and behavior interact in different environmental contexts. I am particularly interested in issues related to substance abuse. Certainly, not everyone who tries a drug becomes an “addict,” so what is different about those individuals who do develop substance-abuse disorders? There is a well-established correlation between substance abuse and impulsivity, but it is not clear if increased impulsivity leads to drug abuse, if long-term exposure to drugs results in increased impulsivity, or if other factors are involved, e.g., early learning history, genetics, neurochemistry. In our laboratory, we use non-human animal models (different rat strains) to help identify determinants of choice, particularly when that choice is deemed impulsive (choosing a small, immediate reinforcer over a larger, but delayed one). We are also interested in the behavioral and pharmacological effects of drugs on impulsive choice. Other research interests include: drug discrimination, drug self-administration, response acquisition with delayed reinforcers, and behavioral factors involved in drug tolerance.

The work in our laboratory centers around issues related to the Experimental Analysis of Behavior and Behavioral Pharmacology. A primary area of interest concerns identification of determinants of choice, particularly impulsive choice. Impulsive choice may be operationally defined as the choice of a smaller, sooner reinforcer to the exclusion of a larger, later reinforcer. For example, choosing to receive $10 now instead of $100 in a day would be the impulsive choice; choosing $100 after a day would be the self-controlled choice. The amount or size of the reinforcer and the duration of its delay to presentation have been shown to affect choice systematically in a paradigm known as delay discounting. With delay discounting, the value (choice) of a reinforcer is decreased as the delay to its presentation is increased, and the rate of discounting can be assessed quantitatively. Individual differences exist in rates of discounting.

There is a strong correlation between impulsive choice (increased delay discounting) and substance abuse such that drug abusers are more likely to have increased rates of delay discounting and increased scores on other assessments of impulsivity compared to non-abusing individuals. This correlation may have connections with their choices of a relatively immediate (short-term) drug “high” over drug abstinence that may have longer-term health, personal, and legal benefits. With this population, the impulsive choices are often maladaptive and have negative outcomes in their lives, but yet, the abuse of drugs continues. What is different about the individual who develops a substance abuse disorder compared to those who try the drug, but do not develop an abuse disorder, e.g., an alcoholic vs. a social drinker? Factors that contribute to increased rates of delay discounting may have implications for the answer to this question.

We are evaluating differential rates of delay discounting in different rat strains (Lewis and Fischer 344). Choice is between 1 food pellet delivered immediately vs. 3 food pellets after a delay, which varies across blocks of trials. The Lewis rats have been shown to have increased rates of delay discounting, i.e., emit more impulsive choices, than Fischer 344 rats (see Figure). The Lewis rats (in other studies) have also been shown to self-administer various drugs of abuse to a greater extent than Fischer 344 rats. These two strains also differ with regard to neurochemistry (particularly in the serotonin and dopamine systems), which may contribute to some of the observed behavioral differences and differential drug effects.

Interestingly, some drugs decrease rates of delay discounting (increase self-control choice), but may do so differentially depending on individual, behavioral, or contextual factors. Stimulant drugs are often given to children with attention-deficit/hyperactivity disorder (ADHD) to decrease impulsive behaviors. We have also observed decreases in impulsive choice following stimulant administration in our rodent models. We are currently trying to address the behavioral and pharmacological variables that result in these behavioral changes. The knowledge gained may help in better understanding impulse-control disorders and in developing better prevention and treatment strategies for drug abuse, ADHD, and other impulsive-type behaviors, e.g., gambling, aggression.

If you are interested in working with Dr. Anderson, please apply through the Department of Psychology: psychology.wvu.edu.