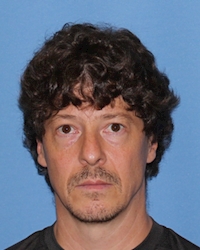 My research focuses on how olfactory (odor) signals are processed in the brain. I am also interested in how this processing changes as the organism experiences real world events. I employ an interdisciplinary systems-level approach that integrates neuroethology, animal learning, behavior-pharmacology, and computational neurosciences within a comparative context.

My lab uses the moth Manduca sexta. The first layer of synaptic interaction in the moth brain, the antennal lobe (AL), is structurally and functionally homologous to the vertebrate olfactory bulb making this species an ideal model system for basic biomedical research. Behavioral analyses of olfactory acuity indicate that insects recognize minute differences between monomolecular odorants. In the AL of the moth brain odorant stimulation elicits a spatiotemporal response from populations of local and output neurons. The dynamics of odor-driven responses in the AL are dependent upon many stimulus variables and are setup by a local network of inhibitory GABA-ergic neurons. This local network contains a number of different cell types and morphologies. Our ongoing research seeks to: 1) characterize spatiotemporal responses within the AL; 2) assess how AL responses change as a function of experience; and 3) assess the role that the inhibitory neurons play in mediating output response patterns and their role of learning-dependent changes in AL output. False color image of the antennal lobe of the moth Manduca sexta. Highlighted in yellow is the massive sensory convergence of olfactory receptor neurons into the antennal lobe where they make synaptic contact with local and output cells (red). These synaptic interactions occur in discrete sub regions called glomeruli. Surrounding these glomeruli are gleal cells highlighted in green. (Image courtesy of Dr. Nicolas Gibson, Division of Neurobiology, Arizona Research Laboratories, University of Arizona.)

Finally, it is relatively common to postulate that a change in behavior was in some way attributable to correlated changes in brain activity. However, to establish a causal relationship, it is necessary to pharmacologically or genetically disrupt brain systems and subsystems in a targeted manner and demonstrate matched disruption in behavior. Pharmacological manipulation of the AL represents the newest phase of my research career. To that end we have collected preliminary data assessing the functional role of GABAA within the AL and have identified its putative role in odor processing using both the behavioral and neurophysiological assays. Our results suggest that GABAA  helps setup unique spatio-temporal odor representations for odors independent of odorant similarity.

While the initial steps have been taken to develop a learning-based behavioral assay, there are still numerous olfactory processing questions that can be addressed with it. For instance, computational theories that model olfactory function predict that the inhibitory cross-fiber interactions, which occur between neighboring glomeruli, produce a strengthening of lateral inhibition to enhance odor perception. This theory provides a rich set of predictions, which can be explored using blocking and overshadowing protocols. Pilot data on blocking in Manduca has been collected and demonstrate this effect.

As mentioned I am currently extending our learning-based behavioral assay to look at how these spatially overlapping but temporally distinct odor representations are mediated by the GABA'ergic interneurons by systematically blocking the GABAA subsystem in the antennal lobe and again assess odor discrimination. There are single 5-HT imunoreactive cells that innervate the AL; we plan to manipulate this pathway to assess its influence on AL modulation.

Integration of multichannel and pharmacological approaches.

Pharmacology will also help uncover the mediating feedback neurons and/or subsystems involved in the modulating of the odor response in the AL as well as helping us specify the functional relationship between different types of neurons in the antennal lobe. When coupled to multichannel research we will be able to observe how these targeted subsystems interact with other neural types in the ensemble. For example, I am currently exploring how GABA is involved in setting up temporal patterns among synchronous sets of neurons in the AL. We have demonstrated that GABA disrupts fine odor discrimination in our behavioral analysis. Future physiology research will focus on how this disruption affects these ensembles of synchronous neurons.

Ultimately, the degree that neural mechanisms of sensory processing are homologous/heterogeneous across species of increasing taxonomic diversity tells us about the evolutionary constraints placed on these mechanisms. Our behavioral work with Manduca highlight the continuity between moths and honeybees who, as generalists foragers have arrived at a common solution to the problem foraging efficiency. Namely, each species possess the ability to detect and discriminate among many odors and the ability to hone their foraging behavior based on learning which odors predict food. Future comparative work in both the Spiny Lobster and in the crayfish will be an important comparative extension of my research in the moth for two reasons. Unlike in terrestrial models of olfaction, we are able to directly quantify the olfactory stimulus as it interacts with the olfactory sensory array and correlate that to brain activity using the ensemble recording approach. Furthermore, the lobster and crayfish models provide an opportunity for comparative analysis of olfactory systems, which evolved in very different environments and can thus provide clues about the evolutionary constraints placed on these olfactory systems.

What we learned from our initial physiological of learning studies is that it is the combined action of many cells in parallel that defines an odor percept. Hence, in order to understand how an olfactory system such as the antennal lobes of an insect function, we must understand it at a network level. I am currently independently funded by NIH to develop new techniques for analyzing odor evoked ensemble response patterns in far greater detail than we were able to in our earlier work. To that end I have developed statistical techniques for analyzing whole ensemble responses at the level of individual neurons (Daly, et. al., J. Neurophysiol. 2004). Here, we have presented moths with odorants that we have already characterized behaviorally in generalization and discrimination studies (Daly et. al., 2001b). We have presented these odors while monitoring multiple units simultaneously. Using a population-level analysis we were able to correlate the AL response activity to our prior behavioral results. We have furthermore been able to characterize the time course of the odor discriminating process in the AL.

My general scientific interests are in the exploration of brain behavior relationships. My focus is on how olfactory cues are encoded by the brain and subsequently mediate behavior and how that brain behavior relationship changes through experience. I employ an interdisciplinary systems-level approach that that integrates neuroethology, animal learning, behavior-pharmacology and computational neurosciences within a comparative context.

My work has focused in part on the development of olfactory-based learning and memory paradigms primarily using the Sphinx moth Manduca sexta as a model system. These behavioral paradigms also provide critical assays that allow us to generate testable hypotheses about the odor encoding process in the brain. Moths have highly derived olfactory systems that are structurally and functionally homologous to the vertebrate olfactory bulb. My dissertation characterized habituation of male sexual response to female pheromone in the moth Heliothis virescens and the generalization of the habituated response to different blends of pheromone. Here I was able to demonstrate that even pheromone-driven instinctive behaviors of male moths were plastic. I was furthermore able to characterize the specificity of this learning, which allowed us to generate hypotheses about olfactory function.

I then continued my work in collaboration with Brian Smith at Ohio State University using the Sphinx moth Manduca sexta in order to develop a new model that could be integrated with physiological and pharmacological techniques. Daly and Smith, (2000) and Daly et al., (2001a) establish a Pavlovian conditioning paradigm in Manduca, which is based on the proboscis extension response protocol used for many years in honeybees. We have furthermore, explored the impact of this conditioning procedure on odor mediated foraging behavior using wind tunnel experiments and have been able to show that moths will indeed adapt their behavior based prior learning experiences (Mechaber et al, in preparation). With this behavior-based assay we have begun to investigate the overlapping nature of odor representations by assessing generalization of the conditioned response to odors that differ in systematic ways (Daly et al., 2001b). The advantage of this new assay is that we index behavior using physiological means (EMG), which allows coupled behavior-neurophysiology. These generalization studies also provide the foundation of pharmacological studies of olfactory function as well as characterize hypotheses about the underlying computations within the antennal lobe, which we can test using neurophysiological techniques.

In collaboration with Tom Christensen and John Hildebrand at the University of Arizona, I have extended this learning-based behavioral assay to a fully intact physiological preparation in Manduca that has thus far allowed us to simultaneously monitor dozens of neurons in the antennal lobe and feeding behavior (Daly et al, PNAS 2004). This preparation allows us to assay behavior and simultaneously monitor large ensembles of neurons over the course and following the conditioning process. We show that the olfactory system processes odor information in an overlapped and distributed fashion whereby each cell responds to multiple odors and each odor evokes a response from many cells. We also show that the antennal lobe network reorganizes in a number of experience context-dependent ways. This modulation solidifies over time producing consistent changes in the ensemble response to the conditioning odor. This implies that even at the earliest layer of synaptic interaction within the olfactory system, the odor code is dynamic and influenced by central feedback. This conclusion can be explored further with behavior-pharmacology.