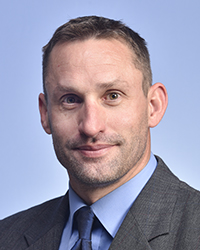 Research in my laboratory is focused on vascular biology and how certain disease states (obesity, and aging) or conditions (chronic stress, E-cig, or exercise) mediates vascular biology. My lab operates with both human and animal models; this dual approach allows us to further explore the mechanisms underlying the vascular consequences of disease progression. We have shown that the fat around the aorta plays a significant role on vascular health and disease progression. Recently, we have focused on the microvessels in the brain, and how vascular damage here contributes to cognitive impairment and VCID. Indeed, we have shown that chronic stress is involved in accelerating VCID due to a pro-oxidative microenvironment impacting the cerebrovascular network, resulting in impaired vascular function, structure, and a loss of vessels. This project is currently funded by NIH for the next 4 years (2021-2025).

Another area of focus is the role of E-cig exposure on vascular function. In collaboration with Dr. Olfert, we started off and examined the chronic (8-months) effects of e-cig exposure on aortic function and stiffness in adult mice. We report that E-cig exposure for the equivalent of ~25 yr of exposure in humans increased arterial stiffness and impaired aortic reactivity, similar to other risk factors, including cigarette smoking, which contribute to the development of cardiovascular disease. We have also shown that rats exposed to e-cig while pregnant causes severely impaired cerebrovascular dysfunction and aortic stiffness. This project is currently funded by NIH and AHA.

As a member of the Center for Inhalation Toxicology and the Center for Basic and Translational Stroke Research, and my strong collaborations outside of my lab (Phys Pharm, neuroscience, immunology, etc.) ensures that the lab is positioned in a fertile and collaborative environment conducive to ensure successful attainment of the research goals.

Specific areas of interest include: