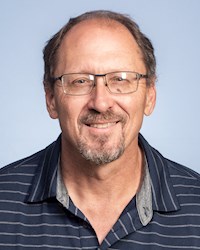 The goal of my research is to define the neurobiological pathways controlling food intake in the female and how those pathways are integrated into a system whereby nutrition can influence fertility. To accomplish this goal, several surgical, endocrine and molecular biology techniques are employed, including radioimmunoassay, in situ hybridization histochemistry, immunocytochemistry, neuroanatomical tract tracing and RT-PCR, with both rodents and sheep being used as models. The work is focused on the neural mechanisms whereby certain circulating metabolic signals, such as leptin, insulin and IGF-1 may mediate nutrition-induced changes in reproduction as well as examining potential sex-dependent differences in these systems.

Impact of Nutrition on Reproduction

Nutrition is the major factor impacting reproduction in mammalian species. Nonetheless, little is known about the neural pathways through which inadequate nutrition reduces fertility. Our work focuses on identifying hypothalamic pathways through which endocrine signals such as leptin, insulin, or IGF-1 may influence secretion of gonadotropin releasing-hormone, a hypothalamic decapeptide essential for reproduction. Work is also underway to examine the mechanisms whereby the ability of estradiol to inhibit gonadotropin releasing-hormone is enhanced during negative energy balance. Our hope is to define the neural pathways involved in regulating reproduction during undernutrition with the aim of enhancing reproductive efficiency in domestic animals and fertility in humans.

The incidence of obesity has reached epidemic proportions in the United States, and in particular, West Virginia. According to recent NIH statistics, the cost of obesity in the U.S. rose above 100 billion dollars last year. Not surprisingly, in recent years there has been an increased interest in defining the neural mechanisms whereby the brain controls food intake. However, the vast majority of these studies have examined body weight regulation in males, despite the fact that obesity in human females is at least as prevalent as in males. One focus of our laboratory is to define the neural pathways through which body weight is regulated in females. This includes the identification of pathways in the hypothalamus regulating food intake or energy expenditure that may differ between males and females and examining the mechanisms that make them different. This involves the use of several experimental paradigms, such as food restriction, high-fat feeding, and administration of leptin, an adipose-derived hormone critical in controlling body weight. We have also recently begun studies to examine adiponectin, another fat-derived hormone that may be involved in regulating body weight through actions in the brain. Previous work suggests that males and females regulate body weight differently. Thus, this work may be important for defining sex-dependent treatments for obesity in the future.

·      Porter DT, Goodman RL, Hileman SM, Lehman MN.  Evidence that synaptic plasticity of glutamatergic inputs onto KNDy neurons during the ovine follicular phase is dependent on increasing levels of estradiol.  Accepted for publication in the Journal of Neuroendocrinology.