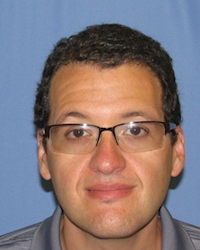 The Weil Lab in the Department of Neuroscience at West Virginia University and the Rockefeller Neuroscience Institute is focused on understanding the basic biology and long term consequences of traumatic brain injuries (TBI). Traumatic brain injury (TBI) is a serious public health issue costing Americans over 75 billion dollars annually in health care costs and lost productivity.  One prominent feature of TBI is that injuries make future injuries more likely and more devastating.  Our lab is interested in understanding the molecular and biochemical basis of this phenomenon.

Traumatic brain injuries can result in long term disability, loss of quality of life and tremendous suffering for both injured individuals and their loved ones.  Although head injuries are complex and can be caused in many different ways there are a few consistent features.  For instance, traumatic brain injury is itself a major risk factor for suffering a subsequent head injury.  Further repeated head injuries particularly if they are close together in time can produce much greater long-term damage and disability.  Thus, traumatic brain injuries seem to open a window of vulnerability to greater damage from subsequent injuries.  Unfortunately, we do not fully understand this process nor do we have good tools to measure when the increased risk has subsided.

One major project in our lab is to investigate how dysfunction in brain energy signaling can mediate this window of vulnerability.   For cells in the brain to survive a head injury takes a tremendous amount of energy and they have to expend this energy during a short period of time after injury when other physiological systems may also be damaged.  After injury, brain cells rapidly increase their energy use for a few hours to days and then enter a prolonged period of metabolic depression where their energy use is greatly depressed.  We have shown that repeating injuries during the period of metabolic depression produces much worse outcomes and prolongs the period of metabolic dysfunction.  Additionally, we have demonstrated that insulin receptor signaling, a key anti-inflammatory and neuroprotective signaling pathway that also increases energy utilization is disrupted by traumatic brain injury.  Here is a recent review from our lab on this work.  We are currently working on the molecular mediators of this metabolic dysfunction and trying to determine whether neurometabolic dysfunction could provide clues as to when it is safe for athletes to return to play.

Vulnerability to stroke after head injury.

Several recent studies have reported that traumatic brain injury (TBI) is an independent risk factor for subsequent stroke. Potential links between TBI and stroke have been postulated, but only explored epidemiologically so no causative factor has been established, though there is mounting evidence that impairments in vascular function and coagulation abnormalities may be involved. Clearly central to the vulnerability to cerebral ischemia is the cerebral vasculature. A very large percentage of individuals with a history of TBI exhibit postmortem evidence of damage to both large and small vessels.  The CNS is highly dependent on the coordination among multiple cell types that form the neurovascular unit (endothelial cells, mural cells and glia) for the activity-dependent delivery of oxygen and glucose and the removal of waste products. Moreover, damage to the vessels has the potential to induce inflammatory events, intravascular coagulation and microthrombi that can reduce tissue oxygenation and contribute to vasogenic edema as well as narrowing the vascular lumen. A reduction in vascular reactivity associated with narrowing vascular lumen size and coagulopathies is likely to greatly increase the risk of stroke and potentially impair the ability of the vasculature to reperfuse after stroke leading to much greater tissue loss and functional deficits.

Recently, we reported that mice that had previously experienced a TBI had a nearly four-fold increase in lesion volume, greater edema in the ischemic hemisphere and functional impairments after MCAO. TBI also significantly upregulated neuroinflammation in both the ischemic cortex and striatum compared to mice that underwent ischemia without a history of TBI.   This was associated with vascular dysfunction and the accumulation of serum proteins and poor reperfusion blood flow.

Traumatic brain injuries are closely related to alcohol use since a very large percentage of brain injuries occur when individuals are intoxicated.  However, there is also human epidemiological evidence, which we recently reviewed, that brain injuries early in life could increase the vulnerability to alcohol abuse later in life.  We have developed an animal model of early life injury and have shown that this greatly increases alcohol drinking behavior later in life.   Further, this increase in alcohol drinking is related to greater inflammatory responses and is associated with impairments in dopaminergic signaling.  We have also shown that binge-like drinking behavior after early brain injuries greatly exacerbates the toxic effects of alcohol on brain and behavior.  We are currently working to understand sex differences in this response and the role of neuroimmune function in mediating the increase in drinking behavior.