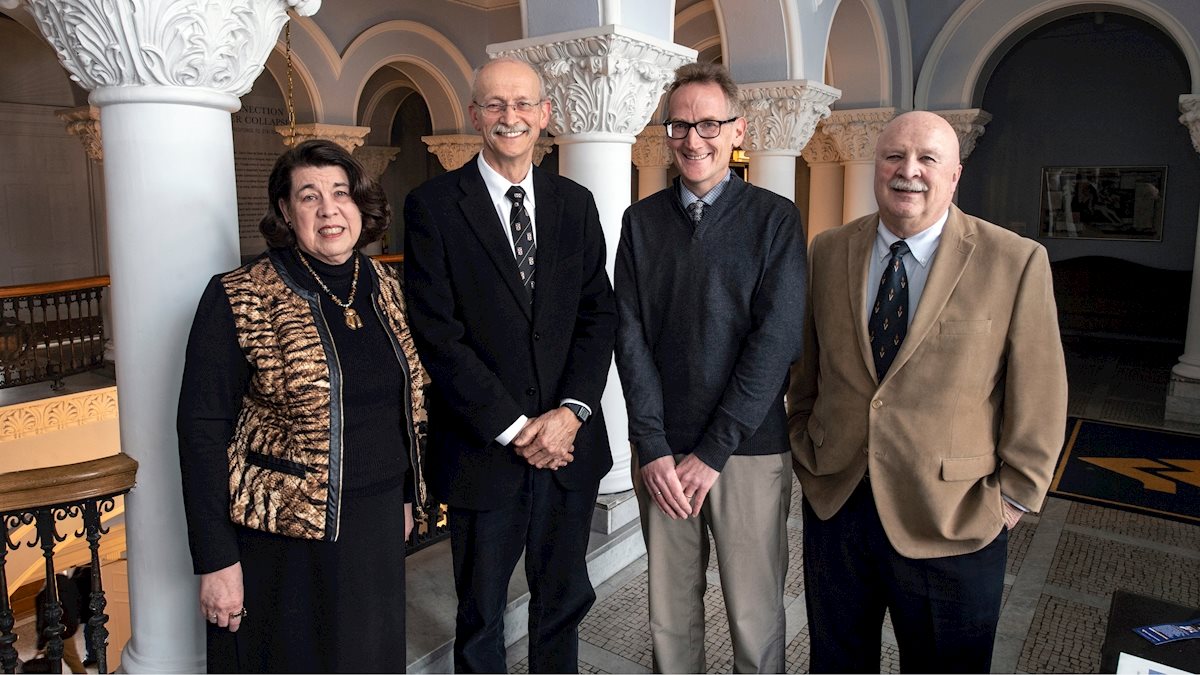 Four exceptional faculty members at West Virginia University have been named 2018-2019 Benedum Distinguished Scholars in recognition of the high caliber of their research and scholarly activity:

• Duncan Lorimer, professor of Physics and Astronomy and associate dean for research, Eberly College of Arts and Sciences

The Distinguished Scholars awards, funded by the Claude Worthington Benedum Foundation, are awarded annually to faculty engaged in “creative research” in as many as four categories: behavioral and social sciences, biosciences and health sciences, humanities and the arts, and physical sciences and technology. This year, exceptional scholars were identified in all four categories.

“Our Benedum Distinguished Scholars are truly extraordinary researchers in their fields,” said Provost Joyce McConnell. “What excites me even more than the caliber of their work is its relevance to our world today and its potential to transform the world tomorrow. We are very proud to have them here at WVU and to have the opportunity to recognize their achievements with this award.”

A member of the WVU faculty since 2006, Duncan Lorimer has served as associate and interim chair in the department of physics and astronomy and helped to establish WVU’s Center for Gravitational Waves and Cosmology. Lorimer has been recognized as a Cottrell Scholar by the Research Corporation for Scientific Advancement and honored with the Eberly College of Arts and Sciences’ and the WVU Foundation’s Outstanding Teaching Awards in 2009 and 2010. Among his notable research achievements are his many contributions to our understanding of the population of pulsars and the discovery of fast radio bursts. Lorimer has been a fellow of the Royal Astronomical Society since 1994 and in 2018 was elected as a fellow of the American Physical Society. He was named associate dean for research in the Eberly College of Arts and Sciences in January 2019.

Peter Schaeffer is professor in the division of resource economics and management, adjunct professor of economics, and faculty research associate at the Regional Research Institute. He has more than 18 years of experience in administration and has consulted on regional economic development in North America, Europe, and the People’s Republic of China. He currently serves on the editorial boards of nine journals in urban and regional planning, regional science, social sciences and applied economics. He is also editor for the Energy Economics and Policy section of the journal Energies. In 2008 he received the William H. Miernyk Award for Lifetime Scholarly Achievementfrom the Regional Research Institute and in 2016 he was recognized by the Southern Regional Science Association with the William A. Schaffer Award for Outstanding Service to Regional Science; in 2018 he was named an SRSA Fellow. His research focuses on economic policy, particularly regional and rural economics and development; international labor migration and domestic job mobility; and natural resource management issues.

A professor of neuroscience in the School of Medicine and faculty member of the Rockefeller Neuroscience Institute since 2000, Bernard Schreurs has dedicated his career to addressing dementia, a looming crisis in West Virginia, where there is an aging population with risk factors and health disparities higher than the national average. As founder and director of the West Virginia Alzheimer’s Disease Registry, he contributes to planning, research and policy-making concerning Alzheimer’s and related disorders in the state. Through his research in learning and memory, synaptic plasticity and preclinical models of Alzheimer's disease and post-traumatic stress disorder, he has worked to develop an animal model of Alzheimer's disease. This model was developed in addition to a model of some aspects of post-traumatic stress disorder and has yielded insights into possible treatments for disorders of learning and memory.

Janice Spleth has been teaching French at WVU since 1974, and has received Outstanding Teaching Awards from both the Eberly College and the WVU Foundation. She has been a faculty associate in both Africana Studies and Women’s and Gender Studies and served as interim directorof the Center for Women’s Studies 2008-2009. Her pioneering research has contributed importantly to the development of Africana Studies as an academic discipline and has helped to promote the concept of French as a global language whose many different literatures reflect the rich and diverse cultures of the French-speaking world. She is an active member of the African Literature Association and was elected to serve as president of the organization in 2010. Her current research project analyzes narratives dealing with the place of women in Africa’s civil wars.

“The Benedum Distinguished Scholar Award specifies that the recipients must have demonstrated ‘excellence in creative research,’ ” said Associate Provost CB Wilson, whose office oversees these faculty awards. “This year the selection committee agreed that all of the recipients clearly meet that high standard. Indeed, their work sets the bar within their various academic disciplines, both at WVU and in the international research community.”

All four Benedum Distinguished Scholars will be recognized by President Gordon Gee and McConnell at the faculty and staff awards dinner at Blaney House this April. Each scholar will receive $5,000 in professional development support from the Benedum Foundation and will deliver a public lecture on campus in the fall of 2019. Further information on these lectures, including the location and time of each, will be forthcoming from the Provost’s Office at the beginning of the fall semester. 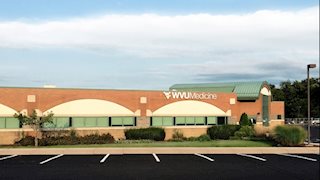 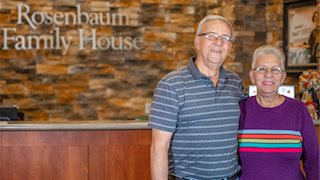 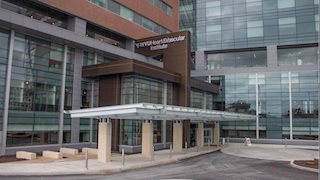