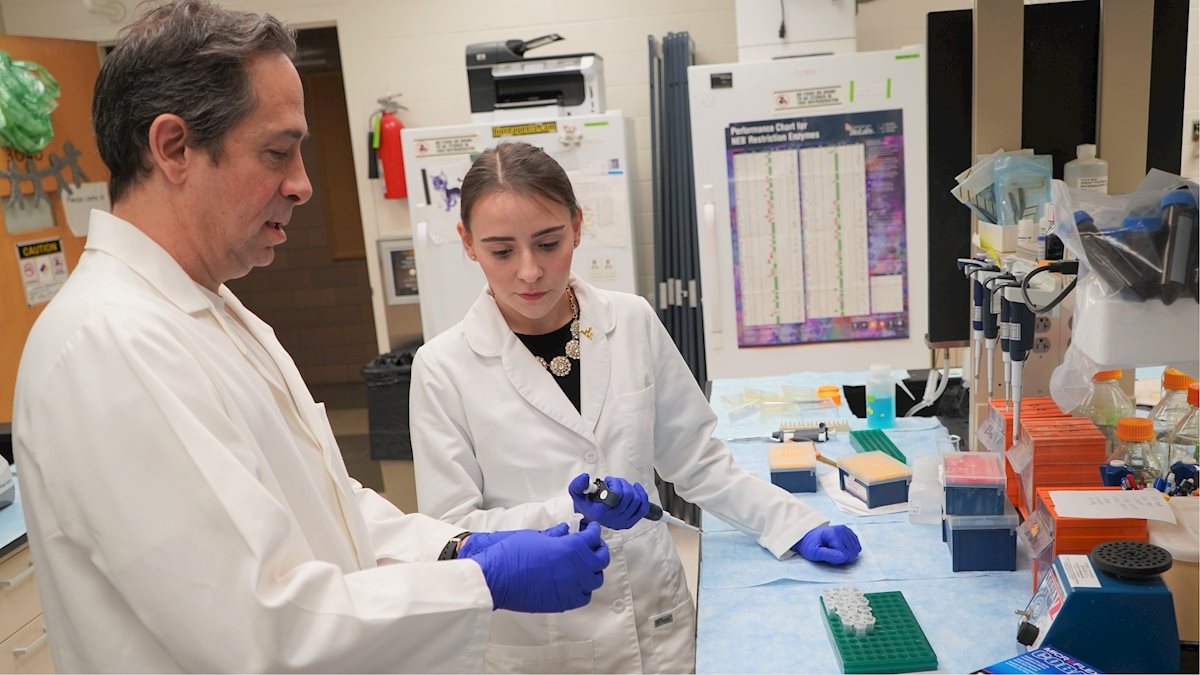 Nearly two decades ago, Amina Kunovac sat in a room in Croatia with an interviewer and a translator.

The interviewer asked her, “What do you want to be when you grow up?” The scared 7-year-old replied, in Bosnian, that she wanted to be a dentist.

It was 2001, seven years after the end of the ethnically-rooted Bosnian War.

Kunovac’s father worked as a bus driver, and without options for child care, her mother struggled to find a job. Kunovac remembers school as a refuge, a place where she could go to take her mind off the dismal, post-war surroundings.

Her parents decided to apply to relocate to the United States through a refugee organization. They wanted a shot at better opportunities. Their family interview was the third and final step in the process.

As the team was making their decision, Kunovac, along with her mother, father and older brother, took a trip to a nearby zoo to pass the time. When they returned, they learned their lives were about to change — they were being relocated to the United States.

Over the next few months, the family packed their bags, said their farewells to loved ones and tried to prepare for the transition as best they could. Kunovac remembers frantically trying to learn English from one of her brother’s books, which covered basics, like greetings and colors.

“My parents couldn’t help me, and my brother didn’t know much English either,” she explained. “I went into second grade, and he went into fifth (when we moved to America).”

Learning English was tough, Kunovac said, but within three months, she and her brother were already excelling in their classes in public school in New Jersey.

Although she remembers the transition as scary and somewhat challenging, she says being in the United States, and at West Virginia University, has provided her educational and career opportunities she knows she never would have had otherwise.

Ever since she can remember, Kunovac wanted to go into the medical field. At first, she thought dentist. Later, she thought physician.

But during her undergraduate studies in biology and forensic science at the University of New Haven in Connecticut, she found her true passion in research — a way to explore the “why” behind so many bio-medical questions.

Kunovac’s interest in research is what ultimately led her to the WVU Biomedical Sciences Graduate Program.

“The research our lab does has the potential to make a huge impact,” she said. “The idea that something I do in the lab could affect the lives of millions of people, that really drives me.”

Now in her third year as a doctoral student in exercise physiology, Kunovac is a graduate research assistant in Dr. John Hollander’s lab. She’s found a particularly interesting area of research — exposure to engineered nanomaterial (particles found in cosmetics, food and medical materials) — which led her to apply for and receive an American Heart Association Predoctoral Fellowship.

Specifically, Kunovac’s research aims to assess the cardiovascular health of the offspring when exposure to these particles occurs during pregnancy.

“While the use of nanomaterials can be beneficial, understanding their interactions within the body is important,” she explained. “I focus on titanium dioxide, which is one of the most prevalent nanomaterials used in consumer products. It’s found in makeup and lotions, like sunscreen. It’s used for its photocatalytic properties, to give color, or in sunscreen, to protect against UV rays.”

Kunovac said when someone inhales these particles, it can cause serious effects on the cardiovascular system. Further, her research has found exposure during pregnancy can cause harmful effects to the fetus. Exposure also alters genetic material in the fetus, and cardiac dysfunction remains through young adulthood.

Next, Kunovac will explore whether antioxidants can help prevent the exposure damage. The AHA Predoctoral Fellowship directly funds her research, along with conference support, which will help her develop collaborations.

“This research is important for development of safe exposure levels which will allow the Occupational Safety and Health Administration to develop proper guidelines for use to ensure the safety of workers and consumers,” she said.

“That’s the main concern. I’m hoping with this research, we can further expand the knowledge surrounding nanomaterials and their toxicology, which can promote more precautions to be taken in the future. That’s the reason I wanted to do this research, to have this kind of global impact. Knowing something I do every single day could have an impact is a really incredible feeling.”

Hollander shared his pride in Kunovac and her receipt of the AHA Predoctoral Fellowship.

“This is an amazing accomplishment by Amina, and a testament to her commitment to her research and perseverance as a graduate student,” he said. “I could not be more proud of her.”

Kunovac credits Hollander’s mentorship as a critical component of her education by providing continued support and guidance. She said he has encouraged her to be independent, while also emphasizing the importance of collaborating with other researchers.

“Dr. Hollander challenges his students in a way that promotes independence and critical thinking, which has been pivotal in my development as a researcher and in attaining the AHA Predoc Fellowship.”

When she was searching for a school for her graduate education, she said WVU “felt like home.”

“The faculty were so welcoming, so easy to talk to. It felt like a good opportunity for growth.”

Kunovac said she believes she would have attended college had her family remained in Bosnia, but her opportunities and job prospects would have been limited.

But now, she knows she has a promising future. She said she hopes to stay in the medical research field, to possibly become a research scientist at a National Institutes of Health laboratory. Although she’s open to other research areas, she remains particularly interested in cardiovascular and molecular biology. 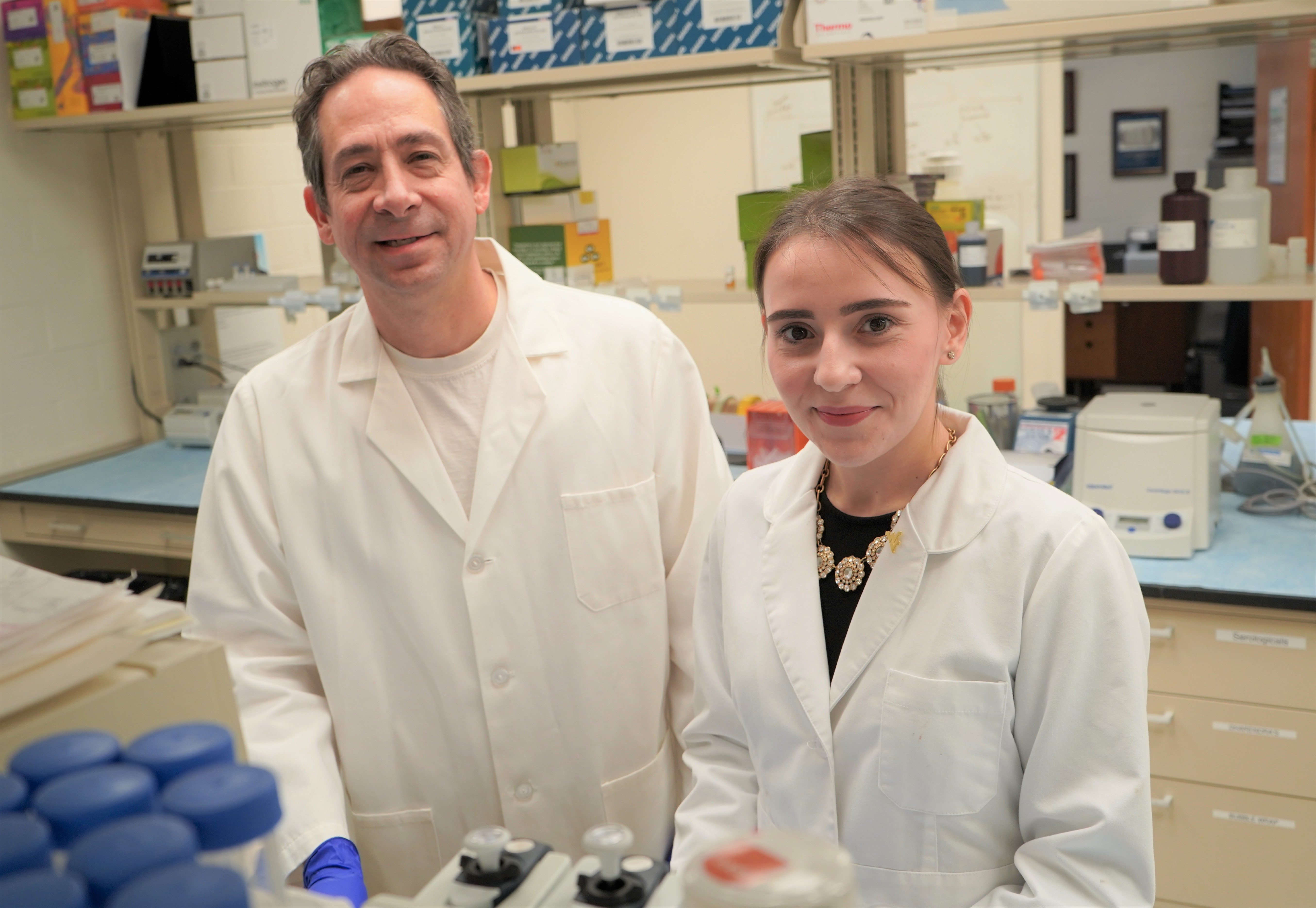 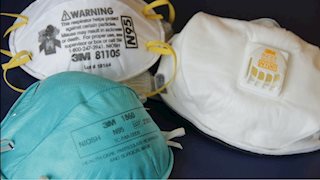