The Association grew from the vision of Dean Edward J. VanLiere. In a letter to the alumni in 1952 he wrote,

"It is the aim of the Board of Governors and the University administration to develop this Medical Center so that it will really serve the State in which we live. This is a great responsibility and challenge . . . we need your help and wholehearted cooperation."

Carrying out its mission...

the Association has been a continual partner in the growth of the School-from the early 1950's in the Two-year School, through the 1960's with the completion of the medical center complex, the addition of the Charleston Division in 1972, and the significant physical growth during the 1980's and 90's. And today, our shared vision and collective efforts have led to an unprecedented period of advancement with greater changes than at any time in our history. These changes include curriculum redesign, modernization of classrooms, advances in technology, accelerated research, and expanded patient care through our new Eye Institute, Heart Institute, Stroke Center, and the Blanchette Rockefeller Neurosciences Institute.

The role of the Association has been and remains threefold: to enable graduates to stay involved, to encourage students to succeed, and to engage faculty in student and alumni programming. The Association started the first annual alumni fund in 1971, established four student loan funds, one continuing education endowment, donated thousands of dollars to student loan and scholarship funds, created four award programs, and supports more than twenty annual programs for students, faculty and alumni including family orientations, class reunions, and the John W. Traubert White Coat Ceremony. 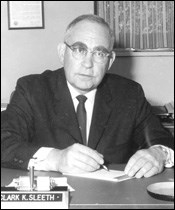 Seven men came together at The Greenbrier on July 25, 1952, with the common purpose to form an alumni organization to support the mission of the School of Medicine.

Van Liere's Challenge to the Alumni 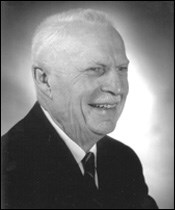 "we need your help and wholehearted cooperation." 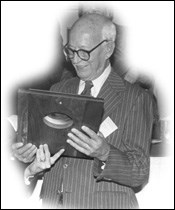 Always a "step ahead" in his thinking and actions, Dr. Pat A. Tuckwiller, a graduate of the class of 1926, was the driving force in West Virginia's graduate medical education, establishing residency programs even before the State had a four-year medical school. He developed teaching programs at Charleston's Memorial Hospital and was influential in recruiting many of the area's outstanding physicians.

Dr. Tuckwiller's involvement with the WVU School of Medicine Alumni Association began at its conceptual meeting in 1952 when he was asked by Dean E. J. Van Liere to act as the temporary secretary and participate in formulation of the Constitution and By-laws. In the years to follow, he served two terms on the Executive Council and two terms as president, vice president and Council chair. His name appears on every participant list for Alumni Annual Meetings and Alumni Weekends until his death in 1986. He received the Association's first Distinguished Alumnus Award in 1984. 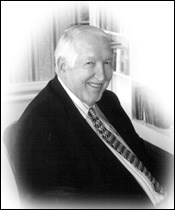 Dr. David Z. Morgan, a graduate of the class of 1950, was instrumental in the revitalization of the Association in 1969 when he was elected to the presidency. His efforts led to the first Alumni Weekend in 1972 with football! He was president in 1969 and served as secretary-treasurer from 1978 to 2002.

Because of his vision and leadership, the Association is one of the nation's top professional medical school alumni groups, winning national recognition from the Association of American Medical Colleges for excellence in alumni programming.