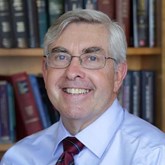 Walter J. Koroshetz, M.D., was selected Director of NINDS on June 11, 2015. Dr. Koroshetz joined NINDS in 2007 as Deputy Director, and he served as Acting Director from October 2014 through June 2015. Previously, he served as Deputy Director of NINDS under Dr. Story Landis. Together, they directed program planning and budgeting, and oversaw the scientific and administrative functions of the Institute. He has held leadership roles in a number of NIH and NINDS programs including the NIH’s BRAIN Initiative, the Traumatic Brain Injury Center collaborative effort between the NIH intramural program and the Uniformed Health Services University, and the multi-year work to develop and establish the NIH Office of Emergency Care Research to coordinate NIH emergency care research and research training. 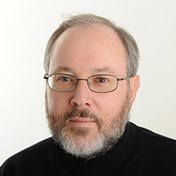 Gerald M. Rubin is a vice president of the Howard Hughes Medical Institute and Executive Director of its Janelia Research Campus. Dr. Rubin received his bachelor's degree from the Massachusetts Institute of Technology and then worked at MRC Laboratory of Molecular Biology, earning his Ph.D. in 1974 (University of Cambridge). He did postdoctoral work with David S. Hogness at the Stanford University School of Medicine and held faculty positions at Harvard Medical School and the Carnegie Institution of Washington before moving to the University of California, Berkeley, in 1983 to assume the John D. MacArthur Professorship. Rubin was appointed an HHMI investigator in 1987. He moved to HHMI headquarters in 2000, assumed overall planning responsibility for Janelia Farm in 2002, and was appointed its first director in 2003. He is known for his studies of genetics, genomics, and developmental biology in the fruit fly Drosophila. In 1982, he and Allan Spradling developed methods for making transgenic Drosophila, an advance that had a profound effect on research using the fruit fly. His laboratory at Berkeley did pioneering studies using genetic approaches to discover components of signaling pathways acting downstream of tyrosine kinases. He later led the publicly funded effort to sequence the Drosophila genome, collaborating with Celera Genomics to achieve this goal in 2000. Dr. Rubin is a member of the National Academy of Sciences, the National Academy of Medicine, and the American Academy of Arts and Sciences, and a Foreign Member of The Royal Society (London). He has received numerous awards, including the American Chemical Society Eli Lilly Award in Biological Chemistry, the National Academy of Sciences U.S. Steel Foundation Award in Molecular Biology, and the Genetics Society of America Medal.

Dr. Nestler is the Nash Family Professor and Chairman of the Department of Neuroscience, a Professor of Psychiatry, and Director of the Friedman Brain Institute at the Mount Sinai Medical Center in New York. He received his BA, MS, PhD, and MD from Yale University. He was elected to the Institute of Medicine in 1998, and the American Academy of Arts and Sciences in 2005. He has received many international honors and awards, including the Rhoda and Bernard Sarnat International Prize in Mental Health from the Institute in Medicine. A renowned neuroscientist, molecular biologist, and psychiatrist, Dr. Nestler’s work focuses on the molecular mechanisms of drug addiction and depression, using animal models to study the way drug use or stress affects the brain. 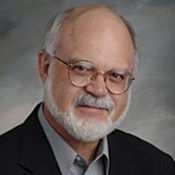 Dr. Hildebrand is Regents Professor of Neuroscience and Professor of Chemistry & Biochemistry, Ecology & Evolutionary Biology, Entomology, and Molecular & Cellular Biology at the University of Arizona in Tucson. He was founding head of the Division of Neurobiology and then of the Department of Neuroscience. He joined the faculty at Arizona in 1985 after 16 years as a faculty member at Harvard and Columbia Universities. He earned his baccalaureate degree at Harvard University and his Ph.D. at the Rockefeller University. Dr. Hildebrand is a member of the National Academy of Sciences and was recently elected as its Foreign Secretary. He is a member of the AAAS and the German Academy of Sciences 'Leopoldina’, a foreign member of the Norwegian Academy of Science and Letters and has an Einstein Professorship in the Chinese Academy of Sciences. His many awards include the Silver Medal of the International Society of Chemical Ecology, the Founders Memorial Award of the Entomological Society of America, and a Max Planck Research Award and a Humboldt Research Prize from the Alexander von Humboldt Foundation. 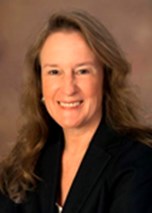 Neuroscience Lecture (12/09/2011)
"Brain Mechanisms of Learning and Memory in Aging: What is  Normal"
"Memory & Aging: Myth vs Fact"

*Dr. Barnes is a past president (2005) of the Society for Neuroscience; an elected Fellow of the American Association for the Advancement of Science; an Elected Foreign Member of the Royal Norwegian Society of Sciences and Letters; and is actively involved with the Arizona Alzheimer's Consortium. 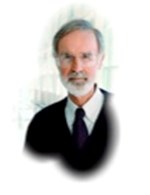 External Advisor to the WVU Center for Neuroscience; Professor of Radiology, Neurology, Neurobiology, and Biomedical Engineering at the Washington University in St. Louis 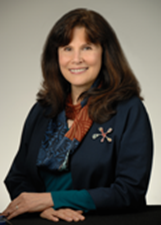 Professor and Chair, Department of Neurobiology, University of Pittsburgh

Neuroscience Lecture (01/13)
"The Ins and Outs of Neurotransmitter Transporters"

*Dr. Amara is a member of the National Academy of Science and the President-elect of the Society for Neuroscience. 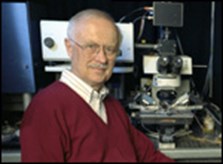 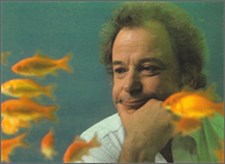 On October 23-25, 2007, Henri Korn, MD, PhD, will visit the Health Sciences Center as part of the Center for Neuroscience's Notable Neuroscientist Lecture Series. Prof. Korn is an eminent neurobiologist, who has made significant contributions to our understanding of neural communication, integration of synaptic inputs by single neurons, and dynamics of neural circuits.

He will deliver a science talk on Wednesday, October 24, at noon, in the Fukushima Lecture Hall, entitled "Non-linearity and chaos in synaptic noise of a central neuron." This talk reflects his interest in non-linear dynamics of neural systems. Prof. Korn has the ability to render complex topics understandable and exciting. On Thursday, October 25, 5 pm, in the HSC Main Auditorium, he will deliver a more general talk as part of the HSC Medical Grand Rounds Lecture Series entitled "Scientific Imagination in the Light of Neuroscience." A reception will follow this presentation in the Pylons Lobby.

Prof. Korn is a true integrative thinker who is not afraid to cross disciplines. He is a member of the French Academy of Science and recipient of the Richard Lounsbery prize, offered jointly by the American and French Academies of Science.

The Center for Neuroscience (CN) and the Center for Advanced Imaging (CAI) proudly welcomed Dr. Nikos Logothetis to the Robert C. Byrd Health Sciences Center on November 14-15, 2006. During his two-day visit, Dr. Logothetis met with the faculty, postdoctoral fellows, and graduate students to discuss current issues in neuroscience. His lecture, part of the the Notable Neuroscientist Lecture Series sponsored by the CN, was entitled "fMRI in the Non-human Primate: Function and  in vivo Connectivity."

"fMRI in the Non-human Primate: Function and in vivo Connectivity"
(Hostler Auditorium) 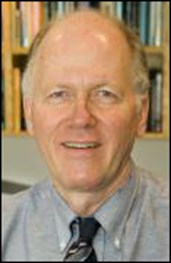 David Van Essen received his undergraduate degree in Chemistry in 1967 from Caltech and his graduate degree in Neurobiology in 1971 from Harvard. He was a postdoctoral fellow at Harvard under Drs. David Hubel and Torsten Wiesel and did additional post-doctoral work in Norway and England before returning to Caltech in 1976. He was a faculty member in the Division of Biology at Caltech until 1992, where he served as Executive Officer for Neurobiology from 1982 to 1989 and as Option Representative for the Computation and Neural Systems program from its inception in 1986 to 1991. In 1992 he was named Edison Professor of Neurobiology and Head of the Department of Anatomy and Neurobiology at Washington University School of Medicine. He served as editor-in-chief of the  Journal of Neuroscience from 1994 to 1998, widely considered the premier journal in its field. In 1994 he was named a fellow of the American Association for the Advancement of Science. In 1996 he served as founding chair of the International Organization for Human Brain Mapping. In 1999 he was elected as a Councilor of the Society for Neuroscience and in 2005 served as President-elect of the Society for Neuroscience.

Dr. Van Essen is internationally known for his research on how the brain organizes and processes visual information. He has made extensive contributions to the understanding of how the brain perceives shape, motion, and color and how attention affects neural activity. His work has helped to demonstrate that the brain contains dozens of different areas involved in vision and that these areas are interconnected by hundreds of distinct neural pathways. He and his colleagues have developed powerful new techniques in computerized brain mapping to analyze these visual areas in humans as well as nonhuman primates. This work includes the continued development of an integrated suite of software tools for surface-based analyses of cerebral cortex. These methods are applied to the analysis of cortical structure and function in monkeys and humans. A broad objective is to develop probabilistic surface-based atlases that accurately convey commonalities as well as differences between individuals.

Neuroscience Lectures:
"Information Overload! Sharing and Mining Neuroscience Data in the 21st Century"
"Structure and Function of Cerebral Cortex in Health and Disease" 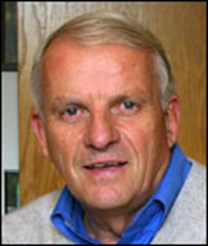 Launch of WVU Center for Neuroscience

"Research Priorities Present and Future at the National Institutes of Health"