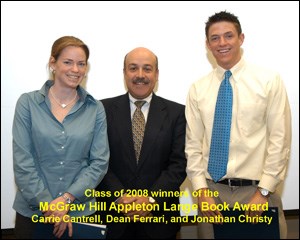 The MD degree Class of 2008 requested the award be renamed in honor of former School of Medicine Dean, John E. Prescott, MD who lead the school from 2004 to 2008 during which time many academic achievements were made which included the AAMC Award for Community Service, and a top 10 ranking by US News and World Report in Rural Medicine. Dr. Prescott served on the AAMC Council of Deans Executive Council. He wanted the students to do their best academically and to strive for excellence. These students have certainly earned that distinction.