Established in 2008 by the Armistead and Prescott Families in memory of 2005 School of Medicine graduate, Lauren M. Armistead, MD. Dr. Armistead was a surgical resident at Charleston Area Medical Center/WVU Charleston Division at the time of her tragic death in a plane crash that killed her along with her parents and her sister.

The award is in recognition of a senior student from the Charleston campus who best exemplifies excellence in academics, excelence in interpersonal communication skills, a love of medicine, and the ability to experience life to the fullest outside of medicine. 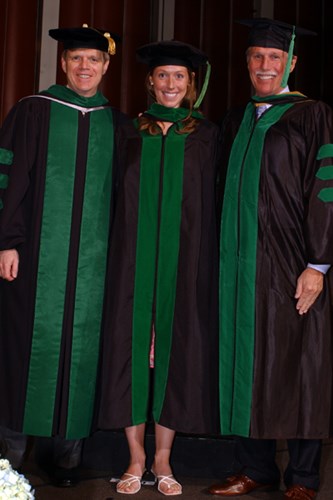 Lauren Armistead, MD at the School of Medicine Investiture with uncle, Dean John Prescott, MD, and her father, Dr. Armistead.